Listen to it on a public radio station, if you’re near one, or on the Internet. (Science Friday is broadcast as two separate, hour-long programs. The Ig Nobel broadcast comprises the entire first hour.)

The photos below, by Mike Benveniste, show the paper airplane deluge, a tiny, traditional part of the epic ceremony: 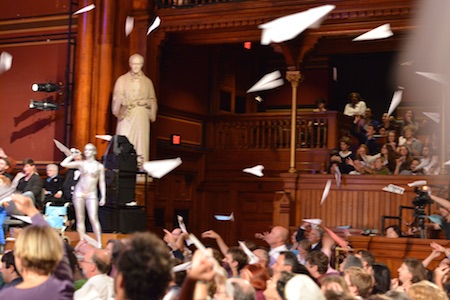 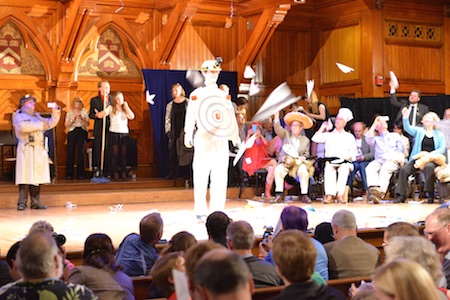 BONUS: The special Ig Nobel 2013 issue of the Annals of Improbable Research