BiblioChile reports on a new paper by Ig Nobel Prize winner (“Chickens Prefer Beautiful People“) Stefano Ghirlanda. Here’s an auto-translation of the beginning of that report: 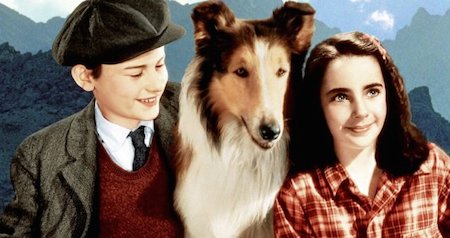 At work, led by Italian researcher Stefano Ghirlanda, the authors showed a group of hens several photographs of human faces previously classified according to their physical attractiveness of college students. And, seeing the two portraits, one time a beautiful person and one from an FEA, turn the goose always chose beautiful face.

For this study, Ghirlanda immediately won a prize IgNobel, a kind of alternative Nobel recognizing scientific studies that “first make people laugh and then think”. . Their work was comical, but suggested that human preferences by a person arising from general properties animal’s nervous system, also present in chickens.

Now, Ghirlanda returns to the fray with another study that also makes me smile and think of the 10 films that have most altered dogs choosing dog breeds in the world.

His new research shows the fickleness of human preferences to the hammer of popular culture.After the 1943 premiere of the film “Lassie Come Home”, for example, the number of purebred dogs in homes collie EE. UU. increased by 40% in just a couple of years . And after the launch in 1959 Disney film “The Shaggy Dog” (2006) breeding bobtail breed dogs multiplied by 100.…