Some types of moth, notably the Zygaena genus, can contain significant quantities of cyanide, raising the question ‘Is it a good idea to eat them?’

The question has particular relevance since the moths are a traditional favourite snack amongst children from the Carnia region of Italy. The children like to eat the moths´ingluvies (roughly equivalent to a bird´s crop) which contain liquids rich in sugars called glucosides. 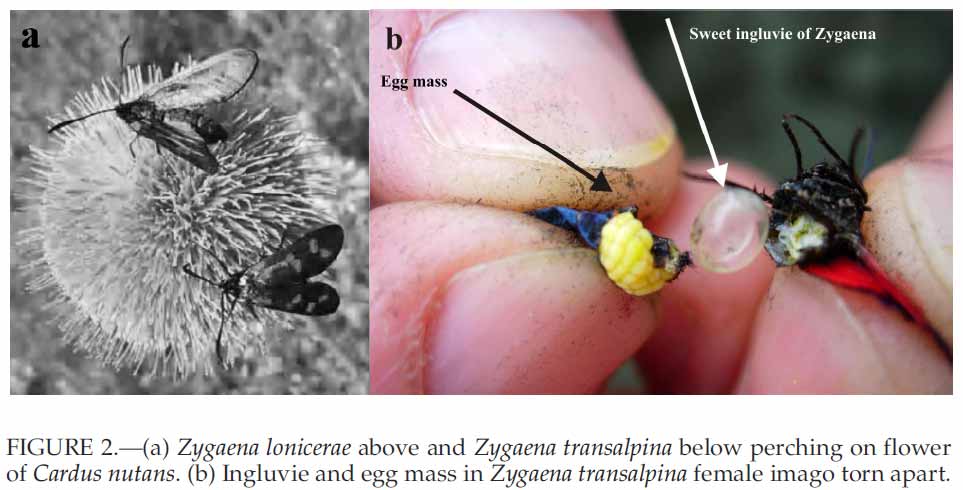 Unfortunately the glucosides are also cyanogenic, in that they release toxic hydrogen cyanide on degradation. A joint research team from Denmark and Italy have examined the ingluvies, and thankfully, can reassure those who eat them. The team found that :

Their paper Toxic Moths: Source of a Truly Safe Delicacy was published in the Journal of Ethnobiology 29(1): 64–76 Spring/Summer 2009.