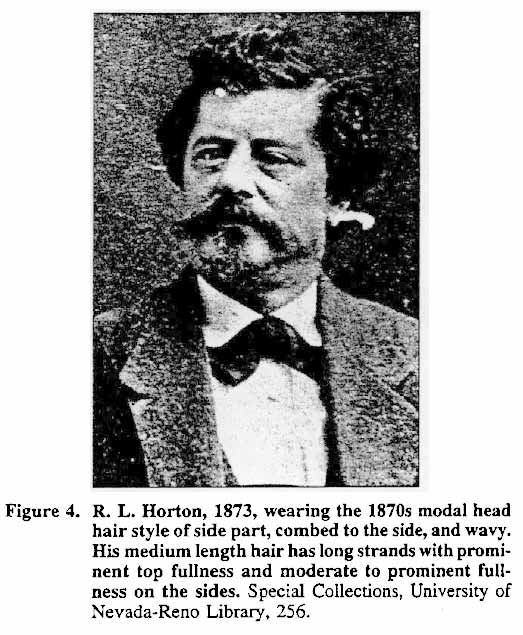 Improbable can find only one academic paper which examines men’s head and facial hair styles in the far western United States between 1873 to 1899. It’s the work of Elaine Pedersen, who is an Associate Professor at the School of Design & Human Environment of Oregon State University.

“Primary and secondary sources were analyzed to investigate factors that may have influenced the hair styles, including the question of individual or group behavior. Findings were not consistent with the literature. Differences were discerned in facial and head hair styles among the decades. During the decade known for nonconformity greater variation was found, particularly among facial hair styles. Whereas personal independence appears to have influenced hair style choices somewhat, political independence did not.“

* Note: If any readers have (photographic) evidence of a ‘sideburns only’ hairstyle, please let us know.