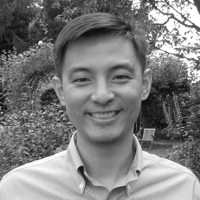 The plan to engineer a shorter, smaller human race to cope with climate change is almost as big and bold as the schemes of people working to convince themselves climate change won’t affect them.

The plan, at this point still sketchy, has three engineers. S Matthew Liao [pictured here] is a professor of bioethics at New York University. Anders Sandberg and Rebecca Roache are fellows who study ethics at the University of Oxford. The trio launched their “be-littler” idea in a paper called “Human engineering and climate change“, in 2012 in the journal Ethics, Policy and the Environment.

—So begins another Improbable Research column in The Guardian.

BONUS [unrelated]: “Schoolgirl ‘beheaded classmate because she wanted to dissect someone’“