A possible huge breakthrough of some sort, yielding important insights of some variety, may be reported in this study in which 64 students (actually it was 66, but “Data from two participants were removed due to a failure to follow instructions”) were asked to guess when a balloon would pop: 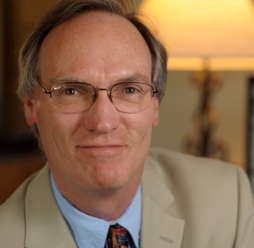 “Participants were provided an objective task to measure individual differences in the perception of physical dimensions (i.e., actual size of a balloon) versus the perception of risk (i.e., size at which the balloon would explode)…. 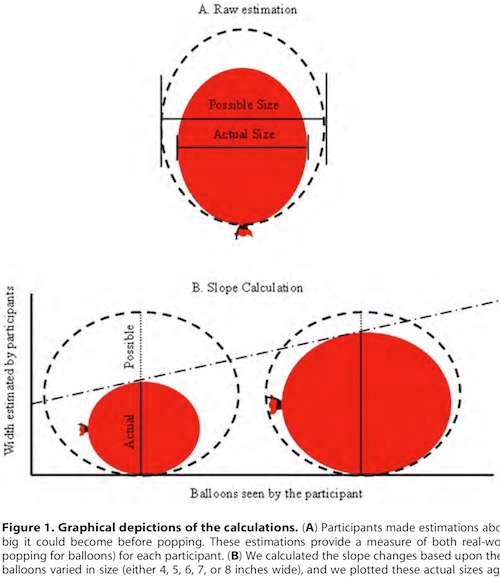 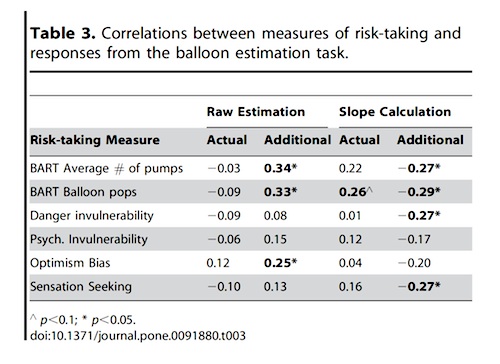 BONUS: The test upon which this rock was built: The Balloon Analogue Risk Task (BART) (Thanks to investigator Matt Hodgkinson for pointing it out.)