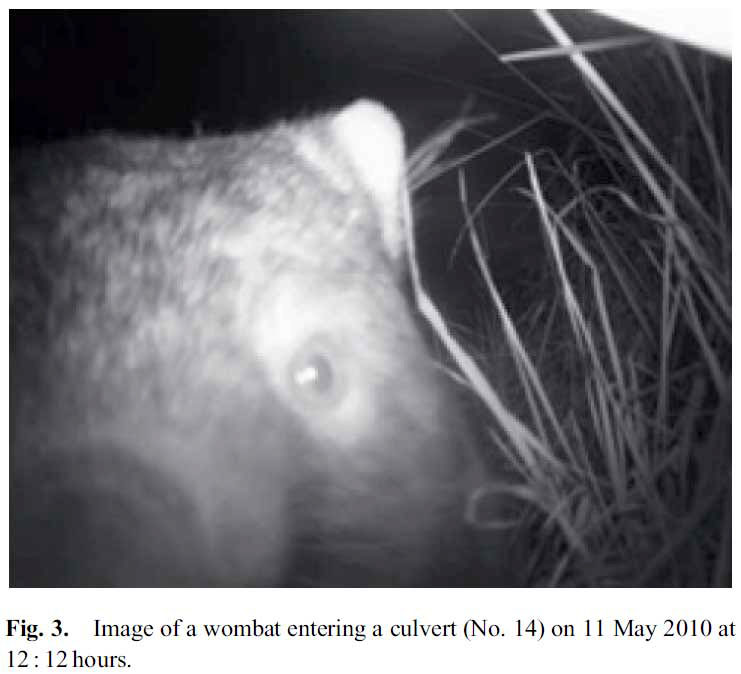 At least they do in this vicinity of Thunderbolt’s Way, near Nowendoc on the Northern Tableland, North-Eastern New South Wales, Australia, where researchers found that:

Sadly, not all bare-nosed wombats make use of drainage culverts – some choose the overground direct route, with occasionally unfortunate results.

“During the study period, we recorded 12 wombats killed by vehicles along Thunderbolt’s Way. Local residents reported higher mortality rates in the order of 4–5 wombats per week.”

[2] The Northern Hairy-nosed Wombat, Lasiorhinus krefftii – of which it’s said that there are less than 200 individuals still surviving in the wild – can run short distances at speeds of up to 40 km/hr. [Source: The Wombat Foundation].