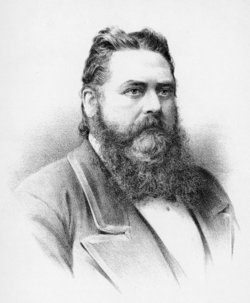 One day in Victorian England, Dr. John Milner Fothergill (above), who was indeed an eminent physician with many other achievements (and whose weight was as immense as his medical knowledge), accomplished something that merited an item in the March 1878 North Carolina Medical Journal [vol. 1(3): p. 177] all by itself.

“Atropia”, now called atropine, is still important in medicine. Though it’s an antagonist of muscarinic acetylcholine receptors, not opioid receptors, so it’s not used to treat opiate overdoses.

Were there awards in the 19th century for biggest dose of a drug? Has this ever been in the Guinness Book? It seems the wrong sort of thing to encourage in our physicians.