Rumours that Elvis’s DNA lives-on in a race of genetically engineered mice have been greatly exaggerated. Back in 2012 there were a flurry of mainstream (and sidestream) news items covering Koby Barhad’s project ‘All that I am‘. 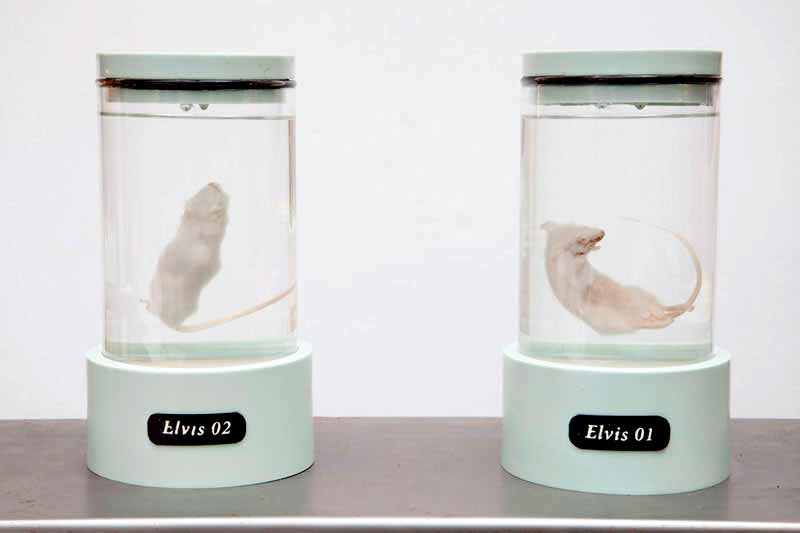 [Please note that some links below, from Archive.org are slow to load, but given time, they should]

At the time, it was implied (by some) that Mr. Barhad had created Elvis Mice – by genetically incorporating DNA extracted from Elvis’s hair. For the avoidance of doubt, an archived page from Koby Barhad’s website at KN Studio, Israel, clarified matters once and for all :

The project is being published in various news blogs and deferent [sic] articles as if the mice where actually produced.

The project is a suggestion for a possible scenario.

Except of buying the hair of Elvis Presley and testing the ability to sequence any human hair (not using the original), the project is completely speculative.

BONUS : Another project from Koby (Yaacov) Barhad, in association with Microsoft Research, Cambridge, UK, which performed a series of experiments which had the attribution point : “How do I know what I think, until I see what I say?”