There’s a new twist (the old twist was pretty twisty, it was) in understanding the power of a multilingual person who swears in one language versus another: 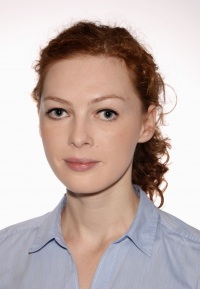 “Second Language as an Exemptor from Sociocultural Norms. Emotion-Related Language Choice Revisited,” Marta Gawinkowska [pictured here], Michał B. Paradowski, Michał Bilewicz, PLoS ONE, 8(12), 2013, e81225. (Thanks to Michał Paradowski for bringing this to our attention.) The authors, at the University of Warsaw, Poland, explain:

“Bilinguals often switch languages depending on what they are saying. According to the Emotion-Related Language Choice theory, they find their second language an easier medium of conveying content which evokes strong emotions. The first language carries too much emotional power, which can be threatening for the speaker. In a covert experiment, bilingual Polish students translated texts brimming with expletives from Polish into English and vice versa. In the Polish translations, the swear word equivalents used were weaker than in the source text; in the English translations, they were stronger than in the original. These results corroborate the ERLC theory. However, the effect was only observed for ethnophaulisms, i.e. expletives directed at social groups. It turns out that the main factor triggering the language choice in bilinguals is not necessarily the different emotional power of both languages, but social and cultural norms.” 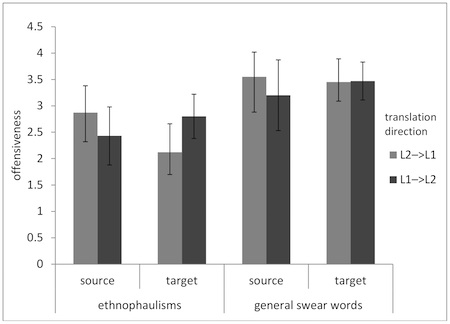 BONUS: “Swearing As a Response to Pain” (the study that won the 2010 Ig Nobel Peace Prize). Chief author Richard Stephens will appear in the U Portsmouth show on April 2, 2014 as part of this year’s Ig Nobel Tour of the UK.