Gennady Stolyarov II, author of the book Death Is Wrong, is missing a marketing opportunity. He has not even tried to consult with the most influential person who would agree with him on the letter of that sentiment, if not in the details.

That influential person is Lal Bihari, founder and president of the Association of Dead Persons. Mr. Bihari was awarded the 2003 Ig Nobel Peace Prize for a triple accomplishment: First, for leading an active life even though he has been declared legally dead; Second, for waging a lively posthumous campaign against bureaucratic inertia and greedy relatives; and Third, for creating the Association of Dead People. This photo shows Mr. Bihari and several of his dead colleagues: 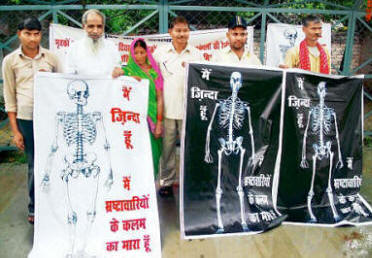 Mr. Bihari, who is no longer dead, but is still president of the association, recently convened with several of his fellow Ig Nobel Prize winners, at an event in Goa, India.

Meghan Neal wrote a profile, in Motherboard, of Mr. Stolyarov and his book. 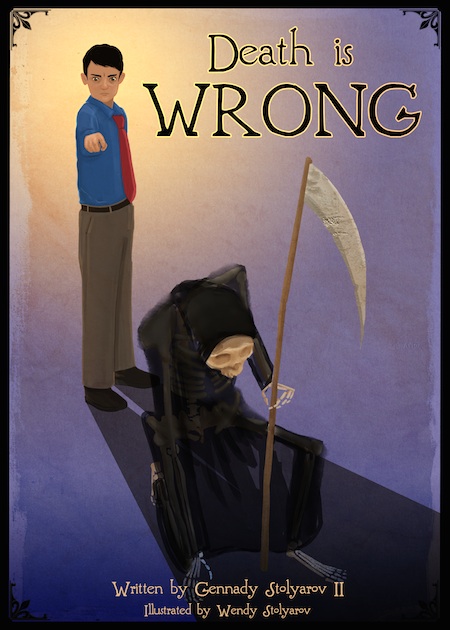 Neal summarizes the book and its creator:

Gennady Stolyarov… strongly believes that human beings don’t have to die, or at least, will live much, much longer in the future. A writer and transhumanist activist, Stolyarov sees death as something that can be “solved” by technology and science, and one day it will possible to extend life indefinitely. To that end, he’s trying to buck the cultural perception that mortality is inevitable, and he’s starting with kids.

Stolyarov published the children’s book Death Is Wrong in November and is now promoting it with an Indiegogo campaign, trying to crowdfund $5,000 to print and distribute 1,000 copies of the book and get the anti-death word out.