‘This is the kind of book that makes you want to read out snippets to whoever is near. I did this so often that my husband quickly became exasperated and took the book away from me. However, within 10 minutes of him starting to read it, he was doing exactly the same thing’. —So says reader CuteBadger in her review, on Amazon.co.uk, of the book This Is Improbable.

But at least one person disagrees. Reader Helen1000000 says, in her review: ‘Smug and self-satisfied twaddle – Marc seems to miss the joke… At least he picks up on the joke in the end… well done, Americans do get there in the end’.

Helen1000000’s review drew the attention of Reviewer Mandy Apple, who comments: ‘”… well done, Americans do get there in the end” NOW who’s being smug and self-congratulatory, exactly?’ 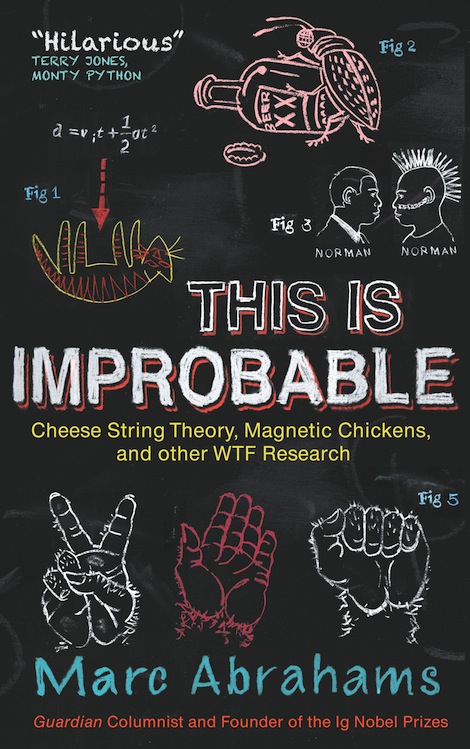 Thank you, CuteBadger, Helen1000000, and Mandy Apple for your entertaining thoughts (say I, the Marc who maybe gets there in the end)!

PS. I will get there — there being England — in March 2014, for the 11th annual Ig Nobel Tour of the UK (for National Science & Engineering Week), and for publication of a new book!