Some scientific papers seem meant—because of their topic—to be sung aloud, if only the wording were adjusted to make them easier to sing. Here’s one such study: 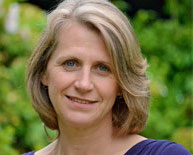 METHODS: A group of child solo singers, acknowledged as outstanding by a singing teacher who specializes in teaching professional child singers, were recorded in a major UK concert hall performing Come unto him, all ye that labour, from the aria He shall feed his flock from The Messiah by GF Handel. Their singing was accompanied by a recording of a piano played through in-ear headphones. Sound pressure recordings were made from well within the critical distance in the hall. The singers were observed to produce notes with and without ring, and these recordings were analyzed in the frequency domain to investigate their spectra.

RESULTS: The results indicate that there is evidence to suggest that ring in child solo singers is carried in two areas of the output spectrum: first in the singer’s formant cluster region, centered around 4kHz, which is more than 1000Hz higher than what is observed in adults; and second in the region around 7.5–11kHz where a significant strengthening of harmonic presence is observed.