The 2012 study “Float, explode or sink: postmortem fate of lung-breathing marine vertebrates,” which [as we mentioned here yesterday] was awarded the prestigious Senckenberg Award, does have its detractors. Or rather, detractor. Who advances a theory that certain carcasses implode.

A.J. Van Loon [pictured here] of Adam Miczkiewicz University, Poznan, Poland, published a commentary about explaining why he believes this to be the case:

“Ichthyosaur embryos outside the mother body: not due to carcass explosion but to carcass implosion,” A.J. van Loon,Palaeobiodiversity and Palaeoenvironments, March 2013, Volume 93, Issue 1, pp 103-109. He writes: 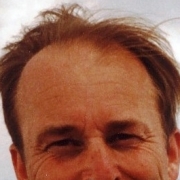 “Some well-preserved ichthyosaurs found in the Early Jurassic Posidonienschiefer Formation at Holzmaden (Germany) have puzzled palaeontologists for a long time: their skeletons are exceptionally well preserved and their bones are almost all in situ, but the bones of their embryos are scattered, partly beyond the body limits of themother. This has been explained initially by bottom currents and later by a displacement of already disarticulated embryos during the expulsion of putrefaction gases through the disrupted body wall of the mother. It was postulated recently that this latter hypothesis is not tenable. It is argued here that both hypotheses are not tenable in their original form, but that carcass implosion may explain the various enigmatic features.”

Here’s a video of Achim Reisdorf, lead author of the “Float, explode or sink” study, giving his take on the matter, at the recent Frankfurter Science Slam:

BONUS: The Paleomansam blog’s take on this.