Computer access to a stack of photos can be used to boost one’s mental calculating ability, suggests this paper. Do pay attention to the thought in parentheses, at the very end of this quotation: 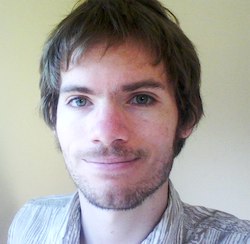 In this informal article, I’ll describe the “recognition method”|a simple, powerful technique for memorization and mental calculation. Compared to traditional memorization techniques, which use elaborate encoding and visualization processes, the recognition method is easy to learn and requires relatively little effort.

There is a catch: to apply the method, you need continuous access to a large collection of interesting, unfamiliar photographs. (This is easy to set up on a home computer, using the photo-sharing website Flickr.com, and I’ll explain how.) The basic idea for the method is not new; it comes from the psychological literature, and has been applied by computer scientists to the design of computer password systems….

Putting it to the test:  On a sunny California day in June 2011, I grabbed some numbers from a table of random digits. In 7 hours of work, I used the recognition method to calculate

I have no special abilities or memory training, and what I did was not really a feat. I firmly believe that an average person who knows how to multiply could do the same thing with a little training (and do it much faster, with practice).