Some psychologists are beginning to feel the same sense of “cursedness” about studying “The MacBeth Effect” that some actors have about performing Shakespeare’s play “Macbeth” — the sense that things can all too easily go wrong.

Not so easy to spot: A failure to replicate the Macbeth Effect across three continents 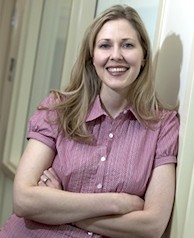 “Out, damned spot!” cries a guilt-ridden Lady Macbeth as she desperately washes her hands in the vain pursuit of a clear conscience. Consistent with Shakespeare’s celebrated reputation as an astute observer of the human psyche, a wealth of contemporary research findings have demonstrated the reality of this close link between our sense of moral purity and physical cleanliness.

One manifestation of this was nicknamed the Macbeth Effect – first documented by Chen-Bo Zhong and Katie Liljenquist [pictured here, upper right] in an influential paper in the high-impact journal Science in 2006 – in which feelings of moral disgust were found to provoke a desire for physical cleansing. For instance, in their second study, Zhong and Liljenquist found that US participants who hand-copied a story about an unethical deed were subsequently more likely to rate cleansing products as highly desirable…. 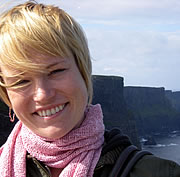 [But] University of Oxford psychologist Brian Earp and his colleagues were surprised when a pilot study of theirs failed to replicate Zhong and Liljenquist’s second study….

Earp and his colleagues want to be clear – they’re not saying that there is no link between physical and moral purity, nor are they dismissing the existence of a Macbeth Effect. But they do believe their three direct, cross-cultural replication failures call for a “careful reassessment of the evidence for a real-life ‘Macbeth Effect’ within the realm of moral psychology.”

This study, due for publication next year, comes at time when reformers in psychology are calling for more value to be placed on replication attempts and negative results. “By resisting the temptation … to bury our own non-significant findings with respect to the Macbeth Effect, we hope to have contributed a small part to the ongoing scientific process,” Earp and his colleagues concluded.