Researchers in three countries went where their curiosity and/or other factors drove them, producing this study which, it says, is entirely about women: 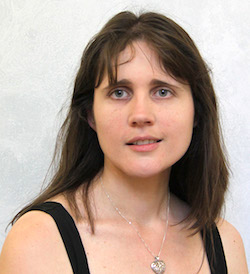 “Women engage in intra-sexual competition to attract or to retain a mate. Given men’s preferences for certain female physical characteristics, women may be attuned to potential rivals who display such traits. We examined how variation in facial femininity, breast size, and waist-to-hip ratio (WHR) affects perceived competition and attractiveness judgments in a sample of German female undergraduates. Thirty-five women ranked five images of each stimulus type according to perceived competition and rated these images for attractiveness and femininity. Women with more feminine faces, larger breasts, and lower WHRs received higher attractiveness and femininity ratings and were ranked highest on perceived competition. The results indicate the occurrence of human female intra-sexual competition with respect to physical traits desired by potential mates.” 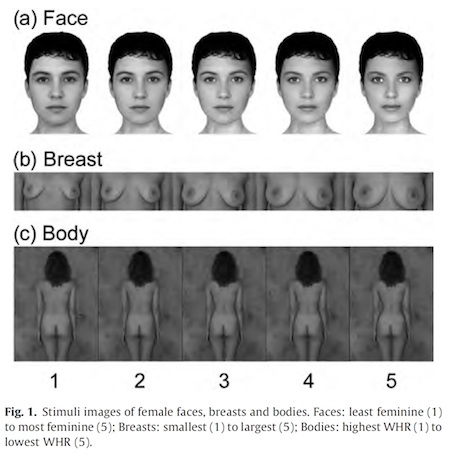 (Thanks to investigator Enrique Grenados for bringing this to our attention.)

BONUS: Co-author Fink has published many studies investigating the significance of the relative lengths of a person’s 2nd finger and fourth finger.