This week’s Press Release Headline of the Week appears in a press release issued by Longwood University in Farmville, Virginia:

Here is a photograph of the professor standing next to a statue of a former President of the United States of America: 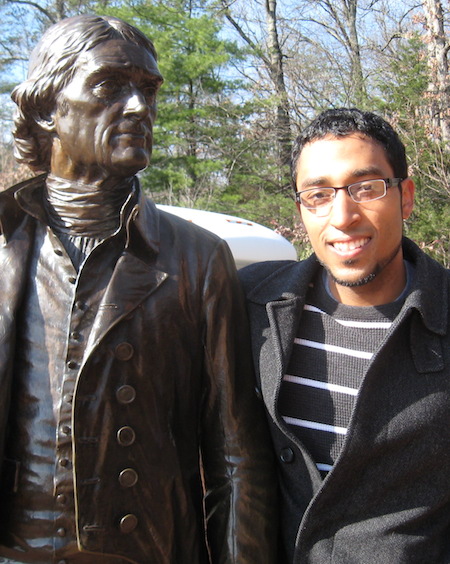