A flavorant from the butt of beavers underwent a safety assessment:

“Safety Assessment of Castoreum Extract as a Food Ingredient,” Ge0rge A. Burdock [pictured here], International Journal of Toxicology, vol. 26, no. 1, 2007, pp. 51-55. The author, of the Burdock Group, Washington, DC, explains: 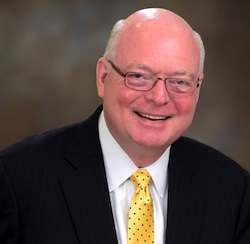 Information that beaver bottoms can be a source of vanilla aroma, in the form of Castoreum, have been circulating on the internet recently and the agency has now confirmed that there is substance to the secretions.

“Natural aromas can be extracts from plants, fungi, and in some cases animals. The labelling provisions do not require that the kind of flavour is indicated, with the exception of coffee and quinine,” Ulla Beckman Sundh at the agency said.