Yet another claim, from smart people who want to instruct us about intelligence, that we (if not they) have probably become less intelligent than many of those who preceded us: 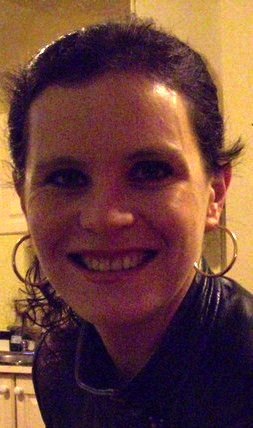 “Were the Victorians cleverer than us? The decline in general intelligence estimated from a meta-analysis of the slowing of simple reaction time,” Michael A. Woodley, Jan te Nijenhuis, Raegan Murphy [pictured here], Intelligence, epub 2013. The authors, at Umeå University, Sweden, Vrije Universiteit Brussel, Belgium, University of Amsterdam, The Netherlands, and, University College Cork, Ireland, explain:

“We tested the hypothesis that the Victorians were cleverer than modern populations, using high-quality instruments, namely measures of simple visual reaction time in a meta-analytic study. Simple reaction time measures correlate substantially with measures of general intelligence (g) and are considered elementary measures of cognition. In this study we used the data on the secular slowing of simple reaction time described in a meta-analysis of 14 age-matched studies from Western countries conducted between 1889 and 2004 to estimate the decline in g that may have resulted from the presence of dysgenic fertility. Using psychometric meta-analysis we computed the true correlation between simple reaction time and g, yielding a decline of−1.16 IQ points per decade or −13.35 IQ points since Victorian times. These findings strongly indicate that with respect to g the Victorians were substantially cleverer than modern Western populations.”

Here is detail from the study, which we present at an unusual angle: 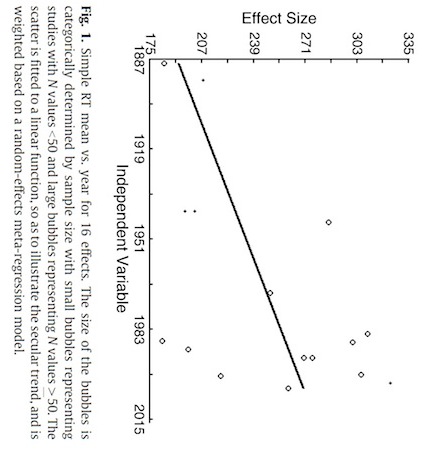 (Thanks to investigator Erwin Kompanje for bringing this to our attention.)