“Topical Trends in a Corpus of Persuasive Writing,” Michael Heilman and Nitin Madnani [pictured here], Research Report ETS RR-12-19, October 2012. The authors write, topically and perhaps persuasively: “Many writing assessments use generic prompts about social issues. However, we currently lack an understanding of how test takers respond to such prompts…. we analyzed topical trends in test takers’ responses and correlated these trends with those found in the news.” 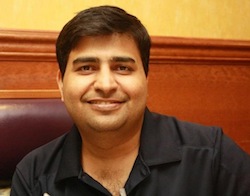 Here, says the study, are the 14th through 20th top “spiking” topics appearing in essays during the period 2006-2010 [the study comments ” Note that function words such as however and insofar appear because of a particular trend in the test administration schedule itself, which is not the focus of this report”]:

WOKV Legal Analyst Mark Rubin says there’s a legal term called Corpus Selecti, which says you have must have a body to convict someone of a murder, but it’s not absolute.

Here is a screen capture of the beginning of WOKV’s report: 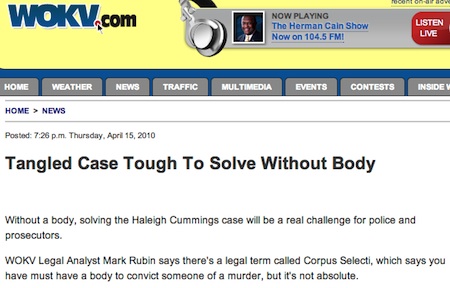