At TEDx CERN, Maria Ferrante and Alice Martelli perform the song “Caffeine”. The song, part of the mini-opera”Chemist in a Coffee Shop,” premiered in 2011 as part of that year’s Ig Nobel Prize Ceremony. 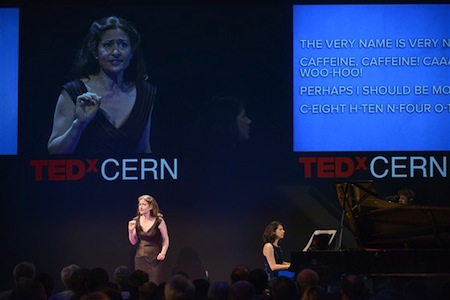 See all the parts, Improbable and otherwise, of TEDx CERN at the TEDx CERN web site.

This was the third of three officially Improbable parts of TEDx CERN. the first was the song “Some Galaxies”. The second was Marc Abrahams’s TEDx Talk about improbable research.