How does one measure the wind speed inside a tornado? Bernie Vonnegut looked back at an early state-of-the-art method, and wrote a report called “Chicken Plucking as Measure of Tornado Wind Speed” [published in “Weatherwise,” October 1975, p. 217]. Vonnegut told the world why that early method, which involved a chicken carcass and a cannon, may have been imperfect. For this achievement, Bernie Vonnegut was posthumously awarded the 1997 Ig Nobel Prize for meteorology. 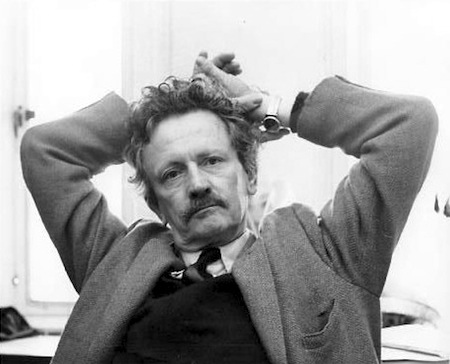 Vonnegut was a scientist — by all accounts a good one. A tribute written the year Bernie Vonnegut died says: “Bernard Vonnegut is best known, however, for his discovery on November 14, 1946 at the General Electric Research Laboratory of the effectiveness of silver iodide as ice-forming nuclei that has been widely used to seed clouds in efforts to augment rainfall.”

This research is thought to have inspired his younger brother Kurt, who wrote many stories involving science (see especially the concept of Ice-nine).

BONUS: Vonnegut also wrote about The Smell of Tornadoes.

BONUS: How do you measure a tornado?