Three male scientists (all of them humans) go to great lengths to demonstrate that females (at least if they are flies) can, should they want or need to, regard ejaculate as a dual-use fluid. Their study is: 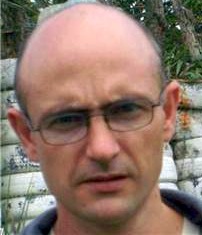 “Euxesta bilimeki is an Ulidiid fly whose females not only frequently expel ejaculates after mating but also consume the ejaculate after expulsion…. The effect of ejaculate consumption on female fitness (fecundity and longevity) was compared among females held under different dietary treatments: a rich diet consisting of protein, sugar and water, an intermediate diet composed of sugar and water, a poor diet of only water and females that were completely deprived of food and water. All of the observed females expelled ejaculates after mating…. Except for starved females, who lived longer when allowed to consume ejaculates, ejaculate consumption had no effect on fitness… the consumed ejaculate had some nutritional value only evident when females were completely starved.”