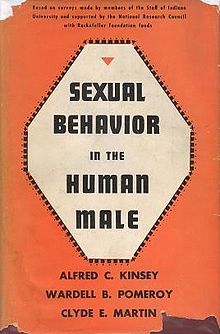 Tom Whipple reports, in the Times [we suggest you click on that link, so you can see the photograph that accompanies the Times article]:

Even Alfred Kinsey, the unembarrassable grandfather of sexology who happily discussed sadomasochism and homosexuality, went a bit coy with this question.

“On which side of the central seam in your pants,” he asked participants in his 1948 study Sexual Behaviour in the Human Male, “do you keep your penis?” The rest of Kinsey’s research would be published in that groundbreaking report. But it would be five decades before society was deemed ready for the results of the genital asymmetry data, and a decade more before, today, someone was ready to repeat it…

That someone is Chris McManus, Professor of Psychology and Medical Education at University College London. 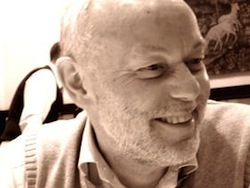 Professor McManus, noting that Kinsey had collected certain data that was never published, decided to collect additional data on the same questions. Professor McManus collected that data during the recent Ig Nobel tour of Denmark. He will present a preliminary report about it on April 4, at the Institute of Engineering and Technology in London, as part of the final event on this year’s Ig Nobel tour of the UK.

Professor McManus was awarded the 2002 Ig Nobel Prize in medicine for his study “Scrotal asymmetry in man and ancient sculpture“. That study was published in the journal Nature [vol. 259, February 5, 1976, p. 426.].

BONUS: Professor McManus is editor of the scholarly journal Laterality.

BONUS [after the event]: Recorded video of the event.