It’s in the Newton Building, on the university’s City site, beginning at 6:45 pm.

The event is FREE, but (as they say in Nottingham), “booking is essential”. Here’s how to book reservations.

This is a featured event in the 2013 Ig Nobel Tour of the UK. Here is a photo of Ig Nobellian Anna Wilkinson and her tortoise. In this photo, neither is yawning: 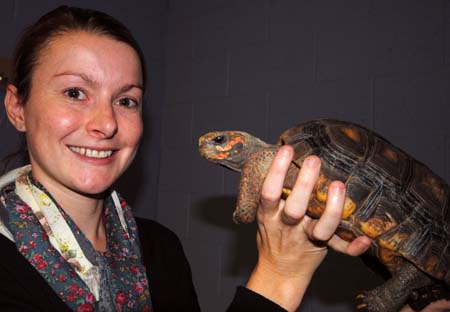