Improbable takes a look at the RO-MAN Workshop 2012 – the 21st IEEE International Symposium on Robot and Human Interactive Communication, which was held September 9-13, Paris, France.

Part 1 : Avoiding a poke in the eye

NOTE: No students were harmed during this experiment – conducted at the Academy for Safety Intelligence, Nagoya University, Japan.

“The participant wearing protective glasses and the robot were separated by a working table. To minimize harming the participant, the original end- effectors for picking up and placing mechanical parts were replaced with square pyramid-shaped flexible polyurethane foam.”

“… a situation is created in which the sharp end effector tip of a robot suddenly approaches the eyes of a facing participant.”

But would the experimental participant move out of the way in time? That might depend, to a large extent, on their Reaction Time (RT). 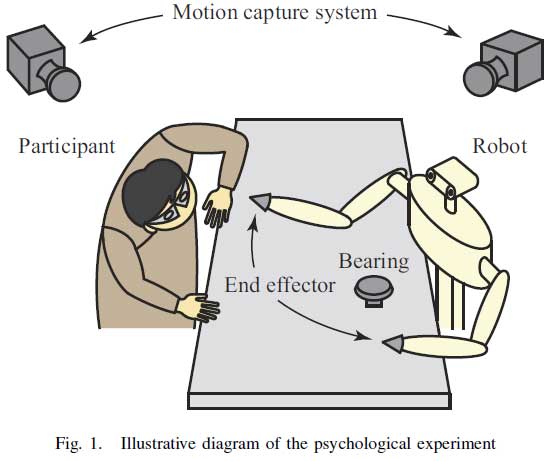 “… further investigations into avoidance action characteristics should be pursued with a focus on people who have a lower ability to avoid harm.”

UPDATE : Needless to say, the experiment could not be allowed to go so far as to actually poke a student in the eye, even with a foam-encased gripper – so the research team set about another study (following-up the RO-MAN paper) in which a robot’s metallic end-effector was fully exposed.  And this time the robot jabbed it directly at an unprotected eyeball, causing considerable damage. The eyeball did not belong to a student, but rather, a recently-deceased pig. 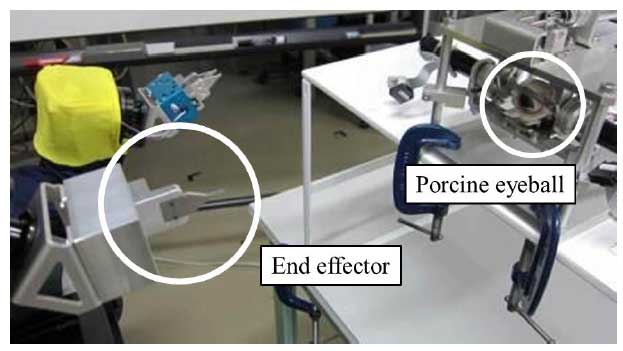 See: Basic Experiments on Collision of Sharp Mechanical Hazards against Eye for Estimation of Injury Severity, (Proceedings of the 2012 IEEE International Conference on Robotics and Biomimetics, pp. 1912-1917, Guangzhou, China, 2012, Dec. )