The science of acoustics reveals an unexpected possible truth about drunks and language, says this study: 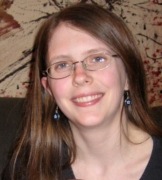 “This experiment studied whether some sounds are ‘harder’ to say than others – a popular idea, both among linguists and among laypeople, but one that is very difficult to test. The experiment involved having subjects drink a moderate amount of alcohol and then recording their speech, in the hopes that drunken speech would be ‘lazier’ – that is, that people would tend to say more ‘easy’ sounds while they were drunk. The results show that drunken speech has a narrower range of sounds than sober speech does; this is consistent with the idea that people tend to say easier sounds when they’re drunk. However, the results are also surprising: the sounds produced in drunken speech are not always the same as the ones that linguists usually think of as ‘easy’.”