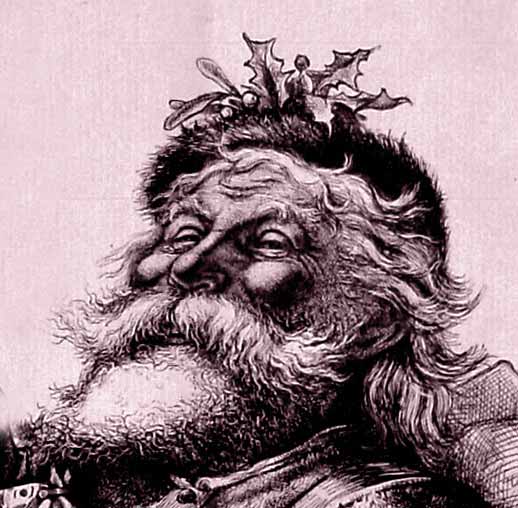 Now that Christmas is approaching, there may be no better time to ask such questions as “Is Santa Claus under threat?” – maybe, say, from the ‘Audit Culture’, which involves an inversion of his benign characteristics in terms of suspicion and surveillance? And just such questions have been examined by Professor Ian Stronach (Liverpool John Moores University, UK) and Professor Alan Hodkinson (Liverpool Hope University, UK). In their 2011 paper for Anthropology Today 27(6), 15-20, the two professors present an –

“… account of the cultural phenomenon of Santa/Father Christmas which draws on the polarities that attend the rituals of Santa/Christmas: secular/religious; commodity/gift; sacred/profane; material/spiritual etc., while also arguing that these dichotomies act together, rather than as simple oppositions.”

In which the authors come to such conclusions as :

“… Santa is more of a religious figure than he is often given credit for being, and is felt by ‘believers’ to be superior in terms of ‘delivery’, as current systems of accountability might put it. But he is threatened by an audit culture for which he is almost the epitome of Stranger Danger. ‘Santa’, after all, is an anagram of ‘Satan’.”

Their paper may be purchased here (for an unrevealed sum) – Towards a Theory of Santa: Or, the Ghost of Christmas Present

Readers who don’t wish to register with the journal’s publisher and pay for the article may be interested in alternative reading which may be found free of charge in an earlier (2010) draft : (scroll to page 4)