A package arrived here, at our offices in the US, from a man in Poland. The package contained a letter and several little collections of tiny bones. (Each little collection was wrapped in its own piece of paper, and contained, in addition to the bones, a tiny slip of paper with a few words written on it.) The writing was all in the Polish language — which alas we do not read.

We took photos, several of which you can see here, and sent those photos to colleagues in several European countries, asking if they could tell us the meaning of these objects. Here are replies from two forensic scientists:

From a forensic scientist:  “These are fishbones, and judged from the enclosed jawbones they are most probably from a Zander (Stezostedion lucioperca)”

From another forensic scientist: “My Polish colleague has studied the letter and notes. As expected, it is the work of a nut case. He cooked the head of the fish and, in the separate bones, discovered a pattern that reflects the suffering and subsequent death of Jesus Christ. He urges us to use modern scanning techniques to see the same. The writings are of an illiterate person. The stationary paper is of a famous polish university (Copernicus University), just visible on the picture on the lower edge.” 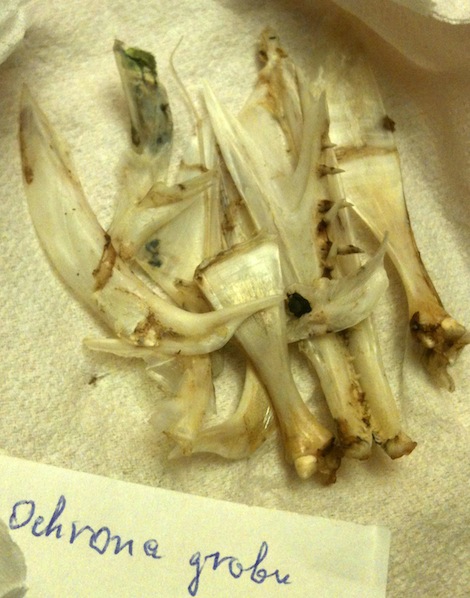 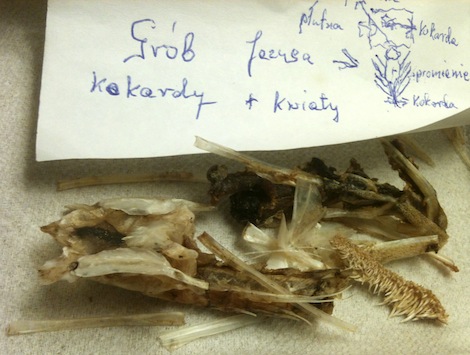 (rough translation of the writing: “Jesus grave / ribbons and flowers / [right near the drawing:] cloth, ribbon (2x), rays of light”) 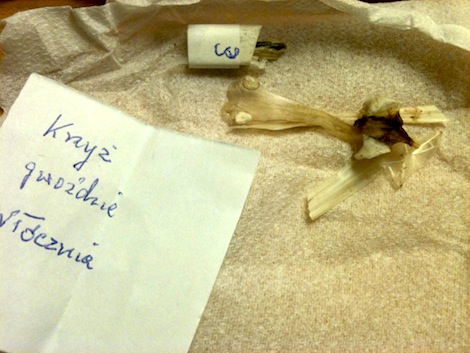