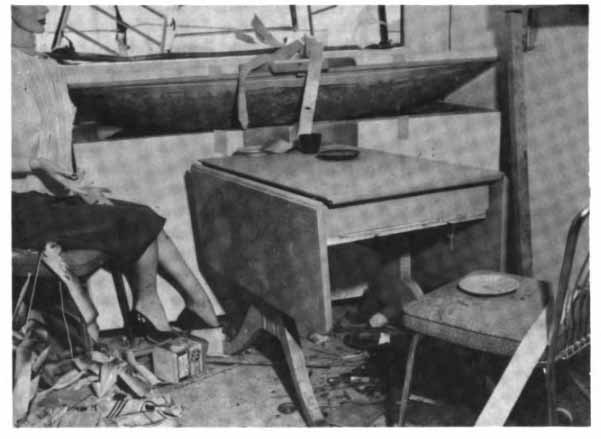 A few cartons of Birds Eye frozen cod fillets sit in the freezer of a small house in southern Nevada, US. It’s 4 in the morning. Suddenly, an agonisingly bright light sears through the kitchen – a 39 kiloton nuclear bomb has detonated just 400 metres away…

Question:What happens to the cod fillets?

We are in a good position to make an informed guess, thanks to a US Govt. experimental study which empirically tested that very scenario. At 4:10 am May 5th, 1955, a nuclear bomb assigned to ‘Operation Cue’ (a.k.a. ‘Apple-2’) was detonated at Area 1 of the Nevada Test Site. Packs of frozen cod fillets, along with frozen chicken pot pie, frozen french fried potatoes, and other chilled foods were exposed to the effects of the bomb at distances of 1270, 2750, 4700 and 10,500 feet from ‘Ground Zero’. The subsequent report into their post-blast condition, which was written by consultant Herman P. Schmitt, found that :

“Frozen food samples from the stations at 1270 and 2750ft were found to be definitely radioactive, particularly the cod fillets.”

“Tasted by a panel of quality-control experts and executives of the frozen-food industry at the Town House in Los Angeles on May 10, 1955.”

“Recovered samples were found to be free of physical and thermal damage. Kinaesthetic evaluations proved the retention of flavor, color, appearance and texture.“

The report did note though that radioactively ‘hot’ frozen cod fillets should probably only be consumed in an emergency situation.

The official document can be read in full here : EFFECTS OF NUCLEAR EXPLOSIONS ON FROZEN FOODS 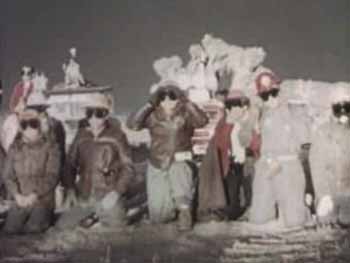 A public information video (which somehow combines the look-and-feel of a propaganda exercise with a surrealistic art-movie) documented Operation Cue, and can be viewed here:

* [1] The report does not forget to thank the team which tasted the radioactive samples :

“A vote of tribute is accorded all these fine people for their splendid services to a project undertaken in the public interests and for the national defense.”

[2] Improbable checked, but Birds Eye really doesn’t have an apostrophe – the firm was named after its founder, Mr. Clarence Frank Birdseye II