Anneleen Kool is a systematist, ethnobotanist and future high-throughput next generation cryptozoologist of the highest rank. She has just successfully defended her dissertation at Uppsala University. It has been hypothesized that her long, luxuriant hair is a form of ornamental compensation, trying to make up for the small, scruffy and generally unimpressive group of plants she studies (see Kool et al 2007, Kool et al 2012).  However, as she moves on to work with bigger and more beautiful plants the hair remains.  Some day we hope to discover its true meaning.  Until then we can only gaze in wonder, as (in this photo) we watch the lab coat clad Dr. Kool ride off into the sunset on a camel, luxuriant hair trailing behind her. It doesn’t get cooler than that. 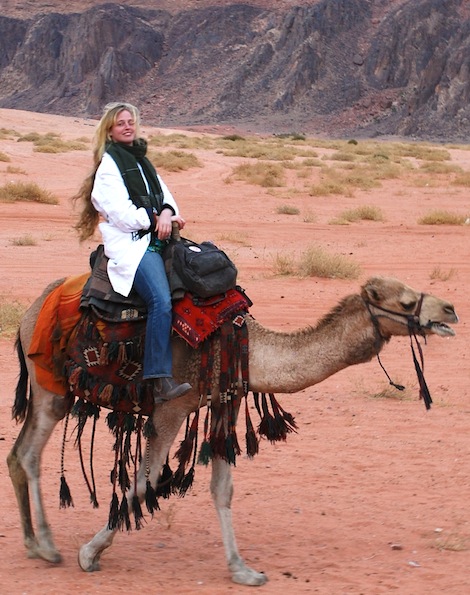