William Topaz McGonagall who died in 1902, is widely regarded as the writer of the worst poetry in the English language.  As an example, see this video featuring Terry Jones (of Monty Python fame) interpreting the poem ‘Stirling Castle’.

McGonagall has now become one of the very few famous poets to have a computer programme named in his/her honour. Artificial Intelligence (AI) researchers from the Faculty of Computer Science, Universitas Indonesia, the Department of Computing Science, University of Aberdeen, and the School of Informatics, University of Edinburgh, have constructed an AI system called ‘McGONAGALL’ which “ … uses a sophisticated linguistic formalism to represent its genomic information, from which can be computed the phenotypic information of both semantic representations and patterns of stress.“

The programme doesn’t create poetry from scratch, as it needs to be ‘fed’ with an input text, but rather, it explores which computations are most effective at creating something close to the original verse. For example, this is the result when primed with a (slightly altered) snippet of Hilaire Belloc’s ‘The Lion‘ : 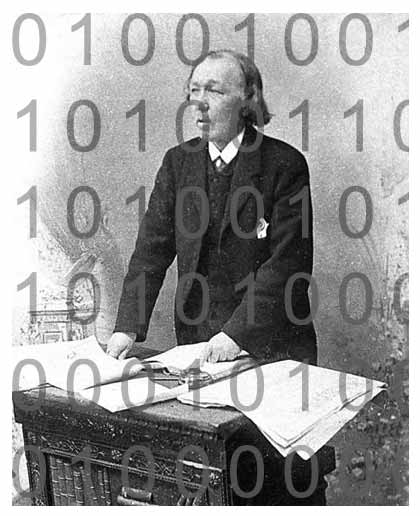 “The African lion, he dwells in the waste.
He has a big head and a very small waist.”

The experimenters conclude that in its current form McGONAGALL (the AI system) can either produce reasonably convincing poetic text (but with uncomfortable ‘metre’) – or, nicely metred poems (but with less attractive text). Whereas some say that McGonagall (the poet) couldn’t really manage either. See: Using genetic algorithms to create meaningful poetic text Journal of Experimental & Theoretical Artificial Intelligence, Volume 24, Issue 1, 2012

Many thanks to Professor Ritchie at the University of Aberdeen for his assistance with clarifications for Improbable.