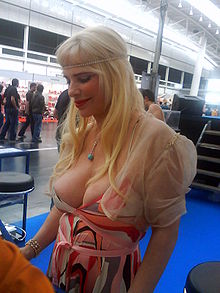 As elections near in the USA and elsewhere, it’s time to give a look to the looks of the politicians who will be angling for attention:

“Based on psychological research on the attractiveness effect, this study investigated the role of legislators’ physical attractiveness in shaping the amount of their news coverage. The physical attractiveness of members of the first session of the 110th U.S. Congress was evaluated by non-American college students. Computerized searches in news transcripts archived in Lexis-Nexis were used to determine the number of times each of the representatives appeared on national TV news, radio, and newspapers. Multivariate analysis, controlling for a host of predictors of coverage (e.g., seniority, state size, number of bills sponsored by members, number of press releases sponsored, members’ ideology and extremity, and assignment to a prestigious committee), demonstrated that televised news coverage was associated with the measure of physical attractiveness.”

The photo here, of a much-reported-upon politician, is by Certo Xornal, via creative commons.

(Thanks to investigator William J. Maloney for bringing this to our attention.)