This week’s Press Release Headline of the Week appears in a press release from the publisher of a journal. The headline is: “A simulator study of the effects of singing on driving experience“. The study to which it refers is: 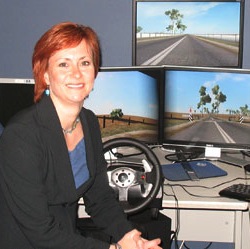 “Twenty-one participants completed three trials of a simulated drive concurrently while performing a peripheral detection task (PDT); each trial was conducted either without music, with participants listening to music, or with participants singing along to music…. Collectively, results suggest that singing while driving alters driving performance and impairs hazard perception while at the same time increasing subjective mental workload. However, singing while driving does not appear to affect driving performance more than simply listening to music. Further, drivers’ efforts to compensate for the increased mental workload associated with singing and listening to music by slowing down appear to be insufficient, as evidenced by relative increases in PDT response times in these two conditions compared to baseline.”