A new study, the purpose of which some may find delightfully puzzling, looks at the self-portraits scholars put on their home pages:

“It is now standard practice, at Universities around the world, for academics to place pictures of themselves on a personal profile page maintained as part of their University’s web-site. Here we investigated what these pictures reveal about the way academics see themselves. 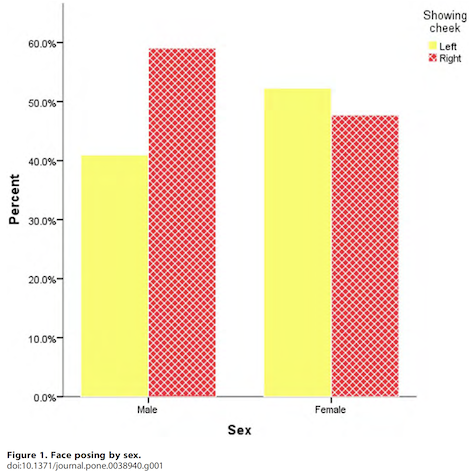 Since there is an asymmetry in the degree to which emotional information is conveyed by the face, with the left side being more expressive than the right, we hypothesised that academics in the sciences would seek to pose as non-emotional rationalists and put their right cheek forward, while academics in the arts would express their emotionality and pose with the left cheek forward. We sourced 5829 pictures of academics from their University websites and found that, consistent with the hypotheses, there was a significant difference in the direction of face posing between science academics and English academics with English academics showing a more leftward orientation. Academics in the Fine Arts and Performing Arts however, did not show the expected left cheek forward bias. 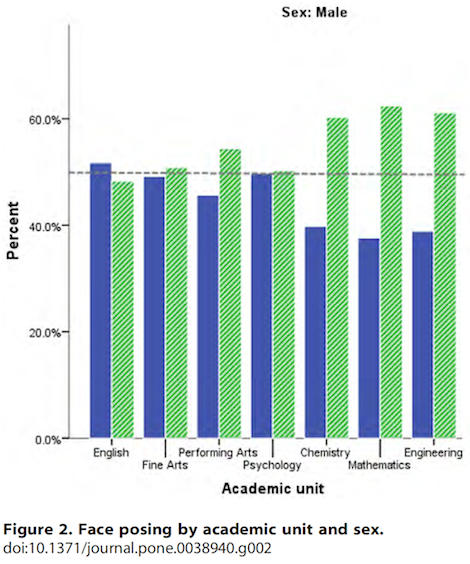 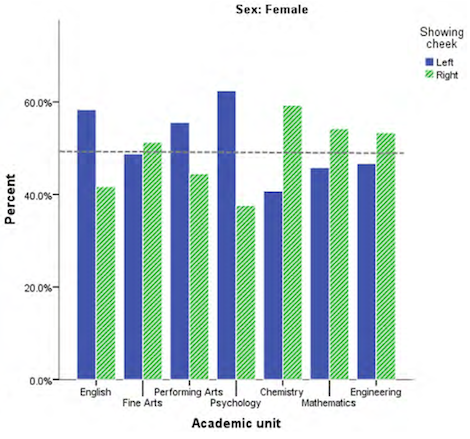 We also analysed profile pictures of psychology academics and found a greater bias toward presenting the left check compared to science academics which makes psychologists appear more like arts academics than scientists.”

BONUS QUESTION (slightly philosophical, in a non-academic sense): Is there a relationship between face-posing and face-palming?