People muse that they will, come the day, “go out with a bang”. A little more often than you might expect, someone or other does exactly that, which is why there came into existence a study called Pacemaker Explosions in Crematoria: Problems and Possible Solutions. 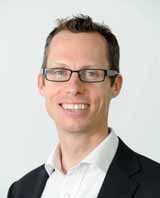 Christopher Gale [pictured here], of St James’s University Hospital in Leeds, and Graham Mulley, of the General Infirmary at Leeds, published the report in 2002 in the Journal of the Royal Society of Medicine.

The first crematorium pacemaker explosion on record happened in 1976 in Solihull, in the West Midlands. As pacemakers and cremations both became popular, Gale and Mulley explain, after-death explosions came to be expected.

In the wake of the Solihull surprise, the British Medical Journal published an essay called Hidden Hazards of Cremation…