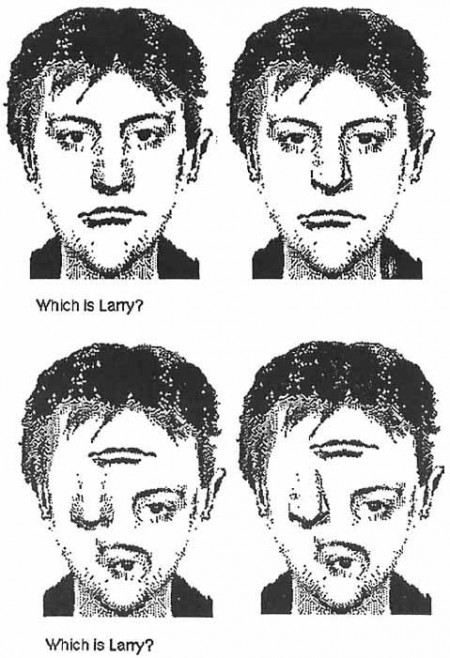 To clarify, researchers professor James Tanaka, now at the University of Victoria, Canada, and professor Martha Farah University of Pennsylvania, Philadelphia, Pennsylvania, US, decided to show experimental subjects pictures of ‘Larry’ with his nose (and other facial features) scrambled. Would they recognise Larry if his nose was in the wrong place? And further, would the subjects be able to recognise that the nose belonged to Larry if it was shown in isolation?

“… subjects were less accurate at identifying the parts of faces, presented in isolation, than they were at identifying whole faces, even though both parts and wholes were tested in a forced-choice format and the whole faces differed only by one part.”

The full paper can be read here. Parts and Wholes in Face Recognition (Published in the Quarterly Journal of Experimental Psychology, 1993,46a (2) 225-245)