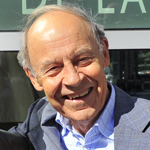 What does Beano, the infamous anti-flatulence treatment, have in common with Dasani, the bottled water with the exotic-sounding name? Both have figured into the Ig Nobel Prizes, those pseudo-silly-scientific awards that, according to their website, are designed to honor achievements that first make people laugh, and then make them think. And some winners have also been recipients of their better-known and considerably more serious cousin, the Nobel Prizes for science.

A big fan of the Ig Nobels, Harvard emeritus professor Dudley Herschbach – one of the three winners of the 1986 Nobel Prize in chemistry for their “contributions concerning the dynamics of chemical elementary processes” – talked about them at Washington University’s Graham Chapel Wednesday in an address titled “Silly Serious Science”…. 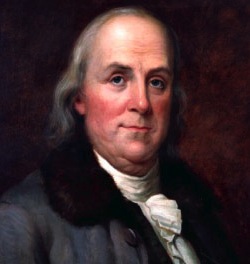 To show that the Ig Nobels carry on a long tradition of mixing science with silliness, Herschbach concluded with a 1780 proposal from Benjamin Franklin, who showed he was far ahead of his time.

“It is universally well known,” Herschbach quoted Franklin as postulating, “that in digesting our food, there is created in the bowels of human creatures a great quantity of wind. My prize question: To discover some drug wholesome and not disagreeable, to be mix’d with our common food, that shell render the natural discharges of wind from our bodies not only inoffensive, but agreeable as perfumes.”