“Be it known that I, Elhanan L. Moodie, of the city and State of New York, have invented aii Improvement in Toilet-Paper Safes, 5 of which [this] is a specification.” 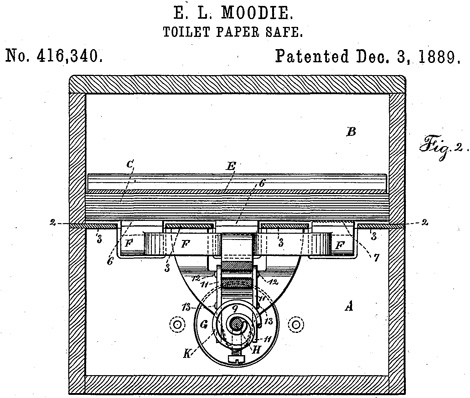 Here is part of Moodie’s explanation of how it works: