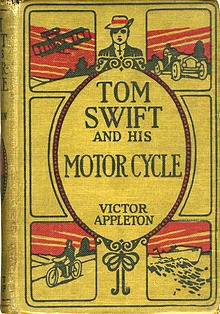 The Tom Swift books introduced young folks to inventions and scientific research. The original series was written in the early 1900s. Later series, featuring the offspring of the original characters, introduced different generations to much later technologies and discoveries. The books were written in a sort of industrial fashion, by the pseudonymous Victor Appleton. (One must not confuse him with the British physicist Edward Victor Appleton, especially when one visits the Appleton Tower at the University of Edinburgh.)

Tom Swift was a boy inventor (one must not confuse him with Tom Swift, the Australian footballer, especially when one visits Western Australia).

One of the minor characters, a helpful grown-up named Mr. Damon, had a colorful habit of speech. To express excitement, or because he simply could not do otherwise, Mr. Damon blessed whatever came to mind. This page —page 197— from Tom Swift and His Motorcycle, which was published in 1910, shows Mr. Damon blessing everything from his spectacles and his existence to his shoe-leather: 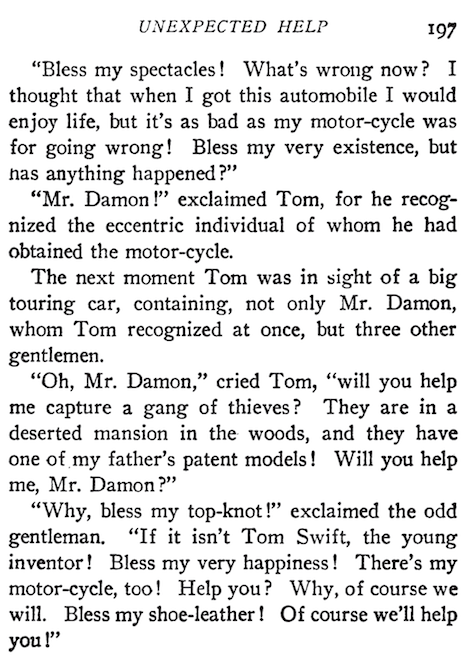 BONUS: Tom Swift books, old and newer, are still being sold. Many are available as free e-books.