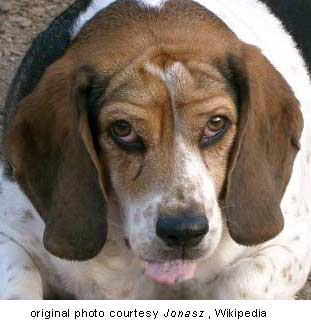 “Implantation of testis prosthesis under the tunica albuginea has been considered to be the standard method in the most of the reports. However, postoperative scrotal appearance, the mobilization and the palpitation of the prosthesis are not always satisfactory to all the patients.”

Fortunately for all concerned though, and as may perhaps be expected, subsequent evaluations of the implants showed that –

The 2005 Ig Nobel prize for medicine was awarded to Gregg A. Miller of Oak Grove, Missouri, for inventing Neuticles — artificial replacement testicles for dogs, which are available in three sizes, and three degrees of firmness.