In my youth, people used to say, “Look at all that hair!” In fact, it was so fluffy and thick on top that stylists joked that I blunted their scissors. Shortly after I began my medical ultrasound career, I began noticing that I was thinning on top with progressively more hairs in my brush… Now I find my diminished hairline a bonus— it’s easy to maintain, distinguished, and good at reflecting light. It also counters my young appearance, as many patients find it hard to believe I’ve been performing ultrasound examinations and research for over 33 years! 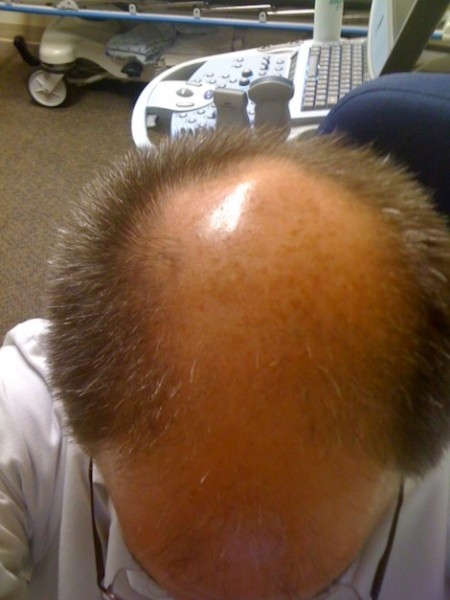