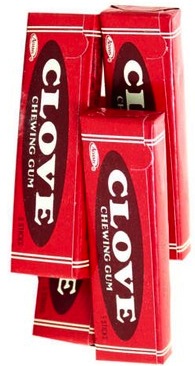 Chew, if you will, on Nicola Twilley’s disquisition on the problems caused by and ensuing from the proper (and also some improper) uses of chewing gum. It begins:

Despite persistent urban myths to the contrary, chewing gum is, technically speaking, edible. However, doctors do agree that it is not usually wise to swallow it, due to the risk of “gum-based gastrointestinal blockages.” Given that in 2005, Americans chewed, on average, 160-180 pieces or about 1.8 lbs of gum per person, per year, with relatively few swallowing incidents, the resulting post-masticatory waste probably adds up to more than 250,000 tons annually.

Inevitably, disposing of this sticky mass poses some challenges….