What do you feed a puzzle-solving slime mold, if you want the slime mold to be at its best? A new study suggests that the traditional food ought be replaced with something better, and suggests what that something is: 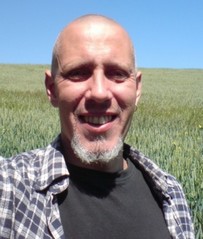 “On attraction of slime mould Physarum polycephalum to plants with sedative properties,” Andrew Adamatzky, Nature Preceedings, epub May 31, 2011. The author (who, incidentally, is known for his sense of humor), at the University of the West of England, reports:

“A plasmodium of acellular slime mould Physarum polycephalum is a large single cell with many nuclei. Presented to a configuration of attracting and repelling stimuli a plasmodium optimizes its growth pattern and spans the attractants, while avoiding repellents, with efficient network of protoplasmic tubes. Such behaviour is interpreted as computation and the plasmodium as an amorphous growing biological computer. Till recently laboratory prototypes of slime mould computing devices (Physarum machines) employed rolled oats and oat powder to represent input data. We explore alternative sources of chemo-attractants, which do not require a sophisticated laboratory synthesis. We show that plasmodium of P. polycephalum prefers sedative herbal tablets and dried plants to oat flakes and honey. In laboratory experiments we develop a hierarchy of slime-mould’s chemo-tactic preferences. We show that Valerian root (Valeriana officinalis) is the strongest chemo-attractant of P. polycephalum outperforming not only most common plants with sedative activities but also some herbal tablets.”

BONUS: Slime mold’s computational abilities were the focus of two Ig Nobel Prizes, one in 2008, the other in 2010.