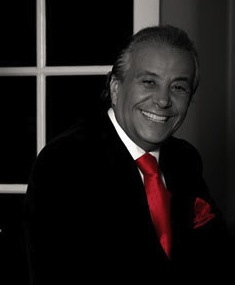 Bijan Pakzad, winner of the 1995 Ig Nobel Prize in chemistry, has died. Bijan (as both he and his company were best known) was awarded the prize for creating DNA Cologne and DNA Perfume, neither of which contain deoxyribonucleic acid, and both of which come in a triple helix bottle.

Born in Tehran, Iran, Bijan immigrated to the United States in 1973. His exclusive boutique on Rodeo Drive in Beverly Hills was established in 1976 and can be visited by “appointment only”. It has been described as “the most expensive store in the world”.

At the Ig Nobel Prize ceremony that year, James Watson, co-discoverer of the structure of the biological DNA molecule, gave a personal tribute to DNA cologne. Watson spoke via an audio recording. He said:

“When I got to Cambridge in 1951, Francis Crick told me one of the essential tricks of how he did science. He said if an idea was good, it smelled right. When we got the double helix, it smelled right. What I have to ask now is: would the double helix have received better reception if we had sprayed DNA perfume on the manuscript we sent off to Nature? My own feeling is that if you want to succeed in science, personally don’t smell at all.”

Mr. Pakzad himself, unable to attend that Ig Nobel Prize ceremony because he was filming a commercial with actress Bo Derek, sent Bijan president Sally Yea to deliver an acceptance speech on his behalf. Ms. Yea gleefully noted that Mr. Pakzad’s three children, Daniela, Nicolas, and Alexandra, have initials that together spell “DNA”. The photo below shows Ms. Yea at the ceremony, shaking hands with Nobel Laureate Rich Roberts (who won his Nobel Prize for the discovery of  so-called “junk DNA”), and being congratulated by Nobel Laureates Dudley Herschbach, Sheldon Glashow, and Joseph Murray.

Nobel Laureate William Lipscomb, too, took part in the ceremony, but is not visible in this photo (the person holding the paddle is not Professor Lipscomb; rather, it is choreographer Nicola Hawkins). Sad to say, Professor Lipscomb died this week, just a few days before Mr. Pakzad passed away.