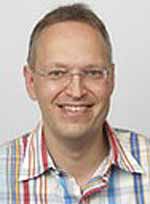 In his 2009 discussion paper Competitive Careers as a Way to Mediocracy* Professor of Business Administration, Matthias Kräkel, (presently at the Bonn Graduate School of Economics, Germany), provides a contemporary corollary to the well-known Peter Principle (1969). Which famously states that:

“Individuals are promoted until they reach their level of incompetence.”

Or, put another way,

“Work is accomplished by those employees who have not yet reached their level of incompetence”.

The new paper first defines a ‘Mediocracy’ as – “A society in which people with little (if any) talent and skill are dominant and highly influential.” And then gets down to the hardcore algebra. Using game-theoretic perspectives  – to prove, mathematically, that –

“ … in competitive careers based on individual performance the least productive individuals may have the highest probabilities to be promoted to top positions.”

(The paper was presented at the  German Economic Association of Business Administration, symposium 2010.)