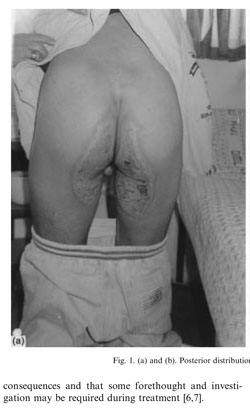 A 20-year-old painter, soon after concluding his work, poured residual thinner fluid into a toilet without flushing it. After a while, sitting on the toilet seat he dropped a cigarette into it, thus, igniting the thinner. On admission to the emergency room, it was disclosed that the patient had second-degree burns of the buttocks. The pattern of distribution of the burn fitted exactly to the shape of the bowl without involving the anterior portion of the body