Scenario: You are cradling a dog. Do you hold it on your left side or on your right side? 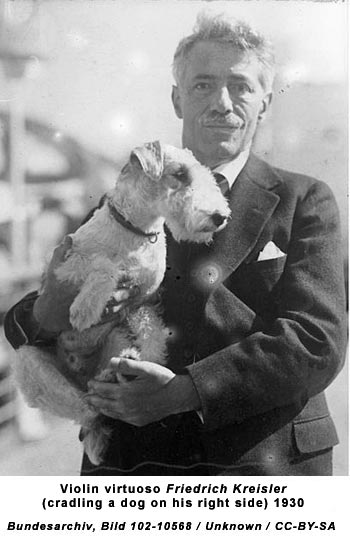 This question has recently been studied in detail by Professor Ernest L. Abel, Ph.D., of the Department of Obstetrics and Gynecology, and the Department of Psychology, at Wayne State University, Detroit, MI.
The professor scoured a series of photographs of men and women holding dogs in dog-themed magazines. The pictures were analyzed for apparent side-holding preferences. It was found that the side-holding preferences varied – with correlations according to the gender of the dog-cradler.

“A significant majority of women in dog-themed magazines held dogs on their left sides, similar to reports of women holding infants. Men did not show the same left-sided preference, which is also consistent with other studies.”