“Despite the fact that 20 years have passed since the fall of the Berlin Wall, Internet users from a former Soviet bloc appear to smile less often than those from Western Europe.” 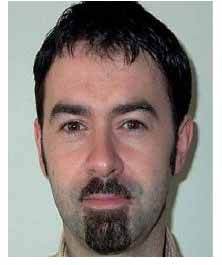 This is the new finding from Assistant Professor Piotr Szarota from the Szkoła Wyższa Psychologii Społecznej, in Warsaw, Poland.
In his experiment, two judges* looked at 2,000 photos of male and female adults aged between 18 – 39 which had been posted on Windows Live Messenger®, and rated them as smiling or non-smiling. The participants came from ten different countries, five ‘Eastern Bloc’ regions (Czech Republic, East Germany, Hungary, Poland and Slovenia) and six ‘Western Bloc’ regions (Finland, France, West Germany, Italy, Spain and the UK).
Results:
• The top smiley country was the UK with an impressive 73.5%
• The least so was Poland with a downbeat 39.5%
Explanations for the findings, as the title of the paper suggests, remain mysterious. Szarota’s article, which is scheduled for publication in a future issue of the Journal of Nonverbal Behavior, can be read in full here.

Note * Both judges were Polish.